and the participation of the IHL Clinic at Roma Tre University (Rome, Italy)

Background of the Conference

The idea to organize the IHL Clinic Exchange Conference stems from a collaboration program between the IHL Clinics of Leiden Law School (Netherlands), Emory Law School (USA) and Radzyner Law School (Israel), as well as the International Committee of the Red Cross (ICRC). After the first edition of the IHL Clinic Exchange Conference took place in Israel in November 2015, the second edition took place in The Hague in December 2016. Since The Hague serves as the home of international criminal courts and tribunals, the conference had a focus on “The Hague: City of International Justice and Enforcement of IHL”. The 2016 Conference aimed to further develop the contribution to the dissemination, implementation and enforcement of IHL, the training of future international lawyers in the humanitarian field, and the growth of an international network of students and junior lawyers with an expertise of IHL applicable to real-world situations. This exclusive opportunity was offered to 45 select students and staff of the three IHL Clinics, plus eight guests from the new IHL Clinic at the University of Roma Tre.

On Thursday, the 2nd annual IHL Clinic Exchange Conference, hosted by the Kalshoven-Gieskes Forum, was opened in The Hague. After the Leiden IHL Clinic warmly welcomed the participating IHL Clinics from Emory Law School (Atlanta, US) and Radzyner Law School (IDC Herzliya, Israel), the students and directors received a word of welcome from Prof. Niels Blokker (Programme Director of the Grotius Centre for International Legal Studies), and Ms. Mirjam de Bruin (Legal Advisor on IHL of the Netherlands Rode Kruis). Mr. Benjamin Ferencz (Former Prosecutor at the US Military Tribunal at Nuremberg) gave an inspiring motivational speech to the young international lawyers via video message, which left a lasting impression on the participants. His key message was ‘Make Law not War’ and ‘Never give up!’. Additionally, Sir Christopher Greenwood, Judge at the International Court of Justice, delivered a keynote speech on “The Role of International Courts and Tribunals for the Enforcement of International Humanitarian Law”. The Forum is grateful that Prof. Em. Frits Kalshoven, together with his wife Eugenie, were also able to attend the welcome ceremony.

On Friday, our participants in the IHL Clinic Exchange Conference got an insight into the role of the State in enforcing IHL, at the Netherlands Ministry of Foreign Affairs (Ministerie van Buitenlandse Zaken). The venue of this day’s conference session was particularly inspirational for the students who gathered where usually State representatives sit at the round table for diplomatic negotiations. Dr. Marten Zwanenburg (Legal Counsel at the MFA) gave a presentation on the role of the Netherlands in enforcing IHL and ICL. The lecture was followed by a roundtable discussion on “Investigation and prosecution of violations of IHL at the State level” with distinguished speakers: Dr. Lars Büngener (Prosecutor at the War Crimes Unit at the German Federal Public Prosecutor General), Mr. Wolfgang Kaleck (Secretary General at the ECCHR – European Center for Constitutional and Human Rights) and Prof. Helen Duffy (Director of Human Rights in Practice). After the panel discussion, Prof. Terry Gill (Professor of Military Law at the University of Amsterdam and the Netherlands Defence Academy) gave an instructive lecture on “The Role of the State in Implementing IHL and Military Law in Practice”. What was particularly striking for the participants were the challenges concerning the enforcement of universal jurisdiction, as presented for instance by the representative of the German domestic prosecution authorities and its specialized War Crimes Unit on issues such as selecting cases and success stories of prosecuting international crimes committed in conflict zones.

On Sunday, the IHL Clinics of Leiden Law School, Emory University School of Law and Radzyner Law Schoo, IDC Herzliya, as well as the IHL Clinic from Università Roma Tre, shared their best practices within the framework of the ‘Respect for IHL’ project. The IHL Clinics are working on a common research project for the International Committee of the Red Cross on positive examples of IHL in several (past and current) conflict areas and had the pleasure of interacting directly with Mr. Vincent Bernard and Ms. Joëlle Germanier from the ICRC Geneva during this session of the IHL Clinic Exchange Conference.

On Monday, the participants of the IHL Clinic Exchange Conference got an insight into the role of the ICRC, international organisations and international courts and tribunals in the enforcement of IHL. We were delighted that Ms. Joëlle Germanier and Mr. Vincent Bernard (International Committee of the Red Cross), Mr. Grant Dawson (Organisation for the Prohibition of Chemical Weapons (OPCW), and Mr. Steven Hill (NATO) were able to share their viewpoints on enforcing IHL from the perspective of different institutions. In addition to these engaging presentations, Judge Theodor Meron, current President of the UN Mechanism for International Criminal Tribunals (MICT) and our Special Guest Speaker, delivered a speech on “The Humanization of the Law of War”.

In the afternoon, the students and directors visited the International Criminal Court (ICC) with the IHL Clinic Exchange Conference. The participants were able to attend two hearings on the pending cases “The Prosecutor v. Bosco Ntaganda” and “The Prosecutor v. Bemba et al”. In addition, the ICC hosted a panel discussion on international criminal justice, with several renowned panelists, including: Judge Bertram Schmitt on “The importance of an adequate system of criminal procedure for the effective prosecution of war crimes”; Mr. Matthew Cross and Mr. Matteo Costi (Appeals Counsel Prosecutions Division) on “The role of the ICC with regard to the prosecution of IHL violations and the respective prosecutorial strategy”; Ms. Eleni Chaitidou (Legal Officer) on “The principle of complementarity from a political and a legal perspective”, and Dr. Dov Jacobs (Defence Team Member of Laurence Gbagbo) on “Prosecuting IHL violations from a Defense perspective”.

Students particularly appreciated the dynamics between ICC Prosecution members and Defense and realized how privileged we were to listen to the procedural challenges an acting ICC Judge faced after 23 years as a judge in his domestic system now practicing law in the ‘sui generis’ procedural legal system of the ICC – a meeting point of continental and common law legal procedures.

On Tuesday, our participants of the IHL Clinic Exchange Conference visited the International Court of Justice, thanks to Dr. Giulia Pinzauti (Asst. Professor, Leiden University). The students and directors received a tour of the Peace Palace, the Great Hall of Justice and the Peace Palace Library, followed by a lecture from Prof. John Dugard (ad-hoc Judge at the ICJ) on “The International Court of Justice and its role in the development of IHL”.

Prof. Dugard focused his lecture on several ground-breaking cases, from the 1999 Nuclear Weapon Legal Advisory Opinion to the 2004 Separation Wall Advisory Opinion. During the Q&A and student reflections, students reflected on the latter 2004 Advisory Opinion and the legal dialogue between the ICJ and the Israeli HCJ in cases such as the ‘Beit Surik’ (2004) and the ‘Maraba’ cases (HCJ 7957/04).

On Wednesday, the IHL Clinic Exchange Conference was closed by Dr. Robert Heinsch (Assoc. Professor & Director of the Leiden IHL Clinic and KGF Leiden) who delivered a speech on “The Role of International Criminal Law in Fostering Compliance with IHL”. Additionally, closing words were received from Prof. Laurie Blank (Clinical Professor and Director of the IHL Clinic at Emory Law School) and Adv. Yael Vias Gvirsman (Clinic Director at IDC Radzyner Law School), as well as from Prof. Nico Schrijver (Academic Director of the Grotius Centre for International Legal Studies) on behalf of the Grotius Centre. 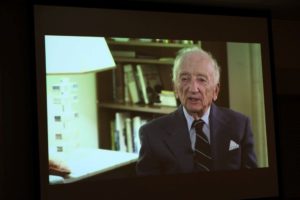 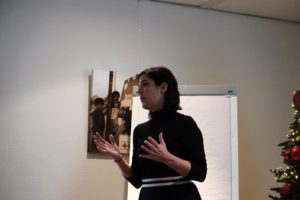 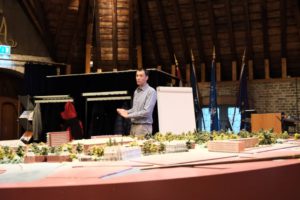 Lecture at the Netherlands Defense Academy 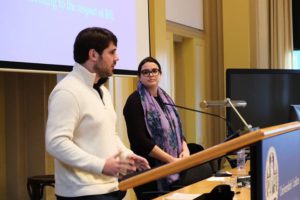 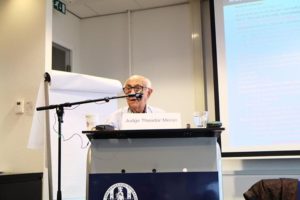 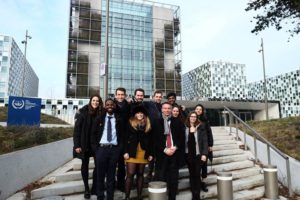 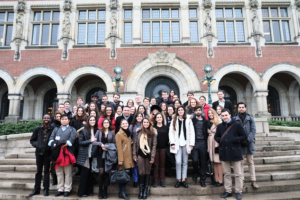 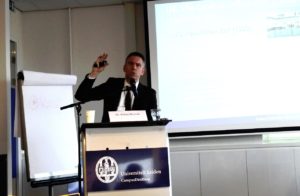